It is finally that time of the year. No, not college basketball season - tax season! By now everyone should have received (or been able to download) their Forms 1099 and other important documents. Today (March 15) also marks the deadline to file your 2017 S-Corp or partnership tax returns and elect to file as an S-Corp for 2018. Roll up your sleeves, sharpen your pencils, and find your calculator. 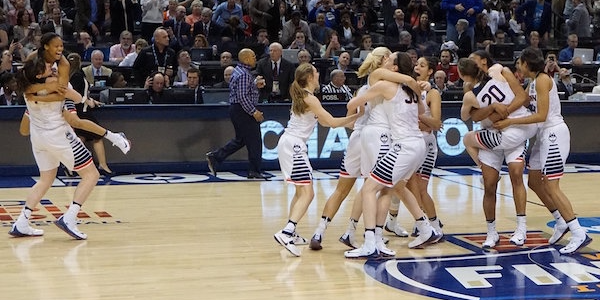 It seems all anyone has been talking about over the past few months is the new Tax Cut and Jobs Act and what effect it may have on their wallet. The final bill - which represents the biggest change to the code in over 30 years - will add about $1.5 trillion to the national debt, but should boost economic growth by 0.8% per year over the next decade. This new plan is a crucial piece of legislation which is sure to affect almost every household in the US.

The changes will produce many different winners and losers on both sides of the bill. Initially, more families would get a tax cut than a tax increase according to the New York Times. The new marginal rate brackets will range from 10% to 37% (vs. previous 10% to 39.6%) and all income thresholds have been increased so that the effective tax rates go down for most individuals and families. The standard deduction will almost double for single and married joint returns filed for tax year 2018 to $12,000 and $24,000 respectively. This will reduce the incentive to itemize deductions and make the process simpler for many. The much talked about elimination of mortgage interest deduction did not happen, but the cap on new mortgage amounts eligible for the deduction dropped from $1,000,000 to $750,000.

The top corporate marginal tax rate will drop from the current 35% down to 21% for 2018 and beyond. The lowered costs of doing business should increase after tax earnings for many firms and this expectation has already had a large impact on US equity prices over the last 15 months. This change alone makes the US a more competitive place in which to build factories, house workers, and conduct commerce. It is hoped that at some point the personal marginal tax brackets will also make a dramatic dip lower to encourage more aggressive saving and spending back into the economy. Small businesses also benefit from an increase in the cap for expensing interest from borrowing up to $1,000,000 (vs. $550,000).

The attached chart (source: Washington Post) shows the exponential benefits awarded to the high earners starting in tax year 2018. Unfortunately for many, it appears that the changes will only have a material benefit to the wealthy after 2025. The personal marginal rates cuts expire at the end of this period while the corporate tax rate cuts continue indefinitely. Since company leaders tend to be high earners who usually get compensation in the form of company shares, they may benefit from expanded net profit margins at large corporations and preferred pass-through status in closely held firms.

There are big changes also in the estate tax exemption. Up until tax year 2017, the marginal rates on taxable estates ranged from 18% to 40% on values above $5.49 million for individuals and $10.98 million for couples. These two amounts are now $11.2 million (individuals) and $22.4 million (couples) until the end of 2025. Obviously, this is a boon for very wealthy families as they plan for their legacy and charitable contributions. Up-stream gifting is a new concept where adult children transfer assets to their aging parents with the expectation of lower (current) taxes and the usual step up in cost-basis for assets bequeathed by the parents upon death.

More good news for investors comes in the form of increased flexibility for the funds in a 529 plan. It used to be that 529 plans could only be used for approved post-secondary education costs such as college tuition, room, board, and books. The only previous alternative to cover the costs of pre-college expenses was the Coverdell plan - with the highly-restrictive deposit limits of $2,000 per year/person/account (vs. $14,000 for 529 plans). The good news is that 529 plans can now be used for educational expenses at any stage in the schooling journey with a cap on the K-12 years of $10,000/year/pupil.