I must admit that I have some catching up to do.  Not only did I miss the fanfare surrounding International Women's Day on March 1st, but I have yet to acknowledge that March is (among other things) Women's History month. There is a reason for my delay. It is not an excuse, but I think that since females make up roughly 50% of our population that half of the days, weeks, or months of the year should be dedicated to the amazing women who have helped us survive and thrive through these turbulent times. I am a firm believer in equal pay, equal rights, and equal opportunity - for ALL.

Women Are From Venus?

Venus was the Roman goddess of love and beauty. Her mythical powers were claimed to ensure victory on the battlefield and love in the bedroom. Clearly, worshiping her was a prerequisite before bringing males and females together in holy matrimony. Roman mythology suggests that Venus was born of sea foam. Venus is also the name of the second planet from our sun. It is the brightest object in the night sky outside of our own moon and it can sometimes be seen in the light of day. The surface of Venus is hot (to the tune of 867 degrees fahrenheit hot!) and the atmospheric pressure is over 90 times that of Earth at sea level. She has no moons to keep her company at night and the concentric orbit within our own means that Venus never strays too far from the sun. Ancient mariners referred to her as the "morning star" or the "evening star" because of her visible beauty. Any man who sets foot on her surface would be crushed or burned alive - or crushed and burned alive. Venus - the planet - is NOT inviting to us mere mortals.

But, women are not just sensitive and pretty. They are strong and intelligent. Tough and gritty. Individual and independant. Mikaela Shiffrin of the United States has overcome tremendous adversity to set many records in chasing her alpine skiing dreams. Her perseverance is one trait that sets her apart from her peers. When Mikaela practices a skill, she does not work until she gets it right. She pushes until she cannot get it wrong. That is the mark of a champion who can #SkiLikeAGirl. I think it was one of her teammates (now famous) Lindsey Vonn who once said: "I know I ski like a girl. I hope you can keep up!" 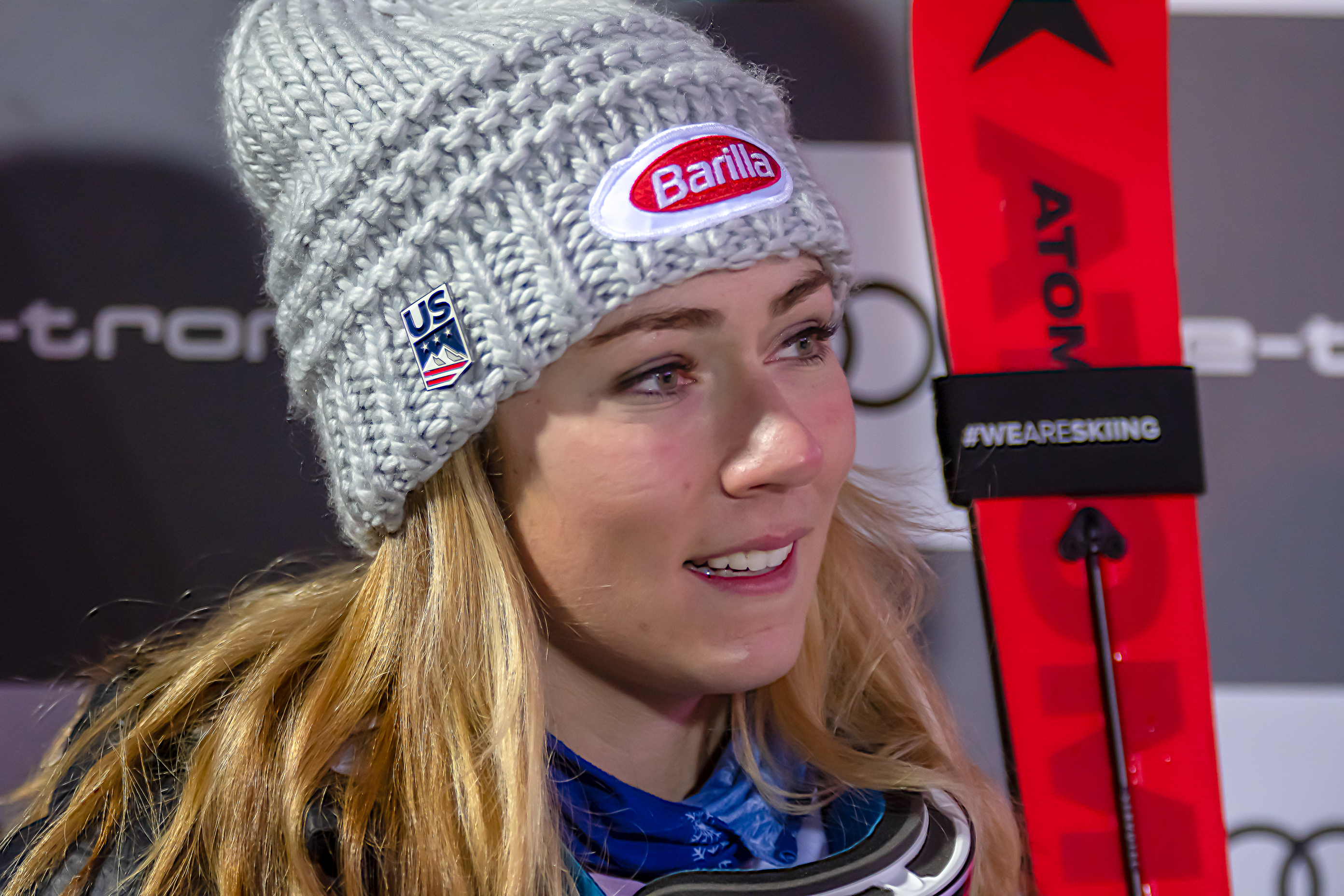 Many of us are waking up to a proverbial pot of gold at the end of our rainbow as we limp to the end of this COVID-19 marathon. Times have been hard for people in isolation, families with children, and businesses near home. Stimulus checks are a great lifeline for our checking accounts and a potential jump start to our economy after a long winter spent in hibernation. Here are a handful of ideas about how to spend your newfound wealth, courtesy of the $1.9 COVID-19 stimulus package.

There is nothing worse than the dark shadow of delinquent monthly bills clouding our future. The minimum payments to high interest loans liquidate our assets faster than our long term investment returns can refill our pot with gold. Just to be clear, IRA in this case stands for individual retirement account - not Irish Republican Army. Welcome to the 21st century! Research shows that about one third of the joy from a vacation comes in the anticipation, one third during the event, and the remainder in reliving the memories.  Finally, you deserve a small celebration with your favorite food or beverage. Leave nothing (especially your future) to chance! 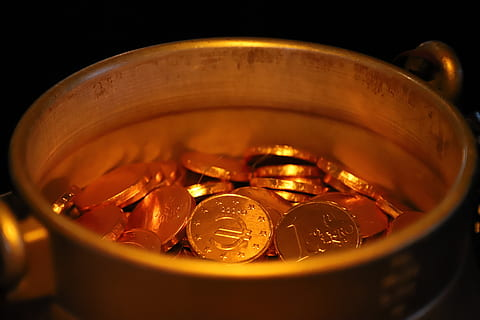 Men Are From Mars!

The month of March is named after Mars, the Roman god of war. Warriors are trained to divide and conquer - the antithesis of Venus' attempts to unite and prosper. Mars (of course) is also the name of our fourth planet from the sun. He is no more inviting to us mere mortals than Venus. The surface is cold (averaging -82 degrees fahrenheit), has less than half our gravitational pull, and less than 1% of the atmospheric pressure of sea level here at home. The good news is that even I could dunk a basketball on the surface of Mars. The bad news is that I would either freeze solid or explode from the inside (or both) before I made it past half court.

An incredible feat that unites us in wonder occured over the past few weeks when Perseverance landed on the red planet. The artistic rendering shown below highlights the innovative steps required to safely drop "Percy" onto the Martian surface. The 410 second time during all of this drama is often referred to by the team at Jet Propulsion Lab in Pasadena as the "7 minutes of terror" because so much happens in such a short period of time that radio signals from Mars cannot make it back to Earth for an "real time" updates or guidance. Percy is on her own and we were essentially flying blind. Luckily, all the engineering, programming, and training paid off with a successful landing. The images that are being sent back to us on Earth are nothing less than jaw dropping! Percy took her first steps by traversing about 6.5 meters four days into our current month. One of my friends cleverly reminded me that March 4th can also be wordsmithed to command us to March forth. Well said! 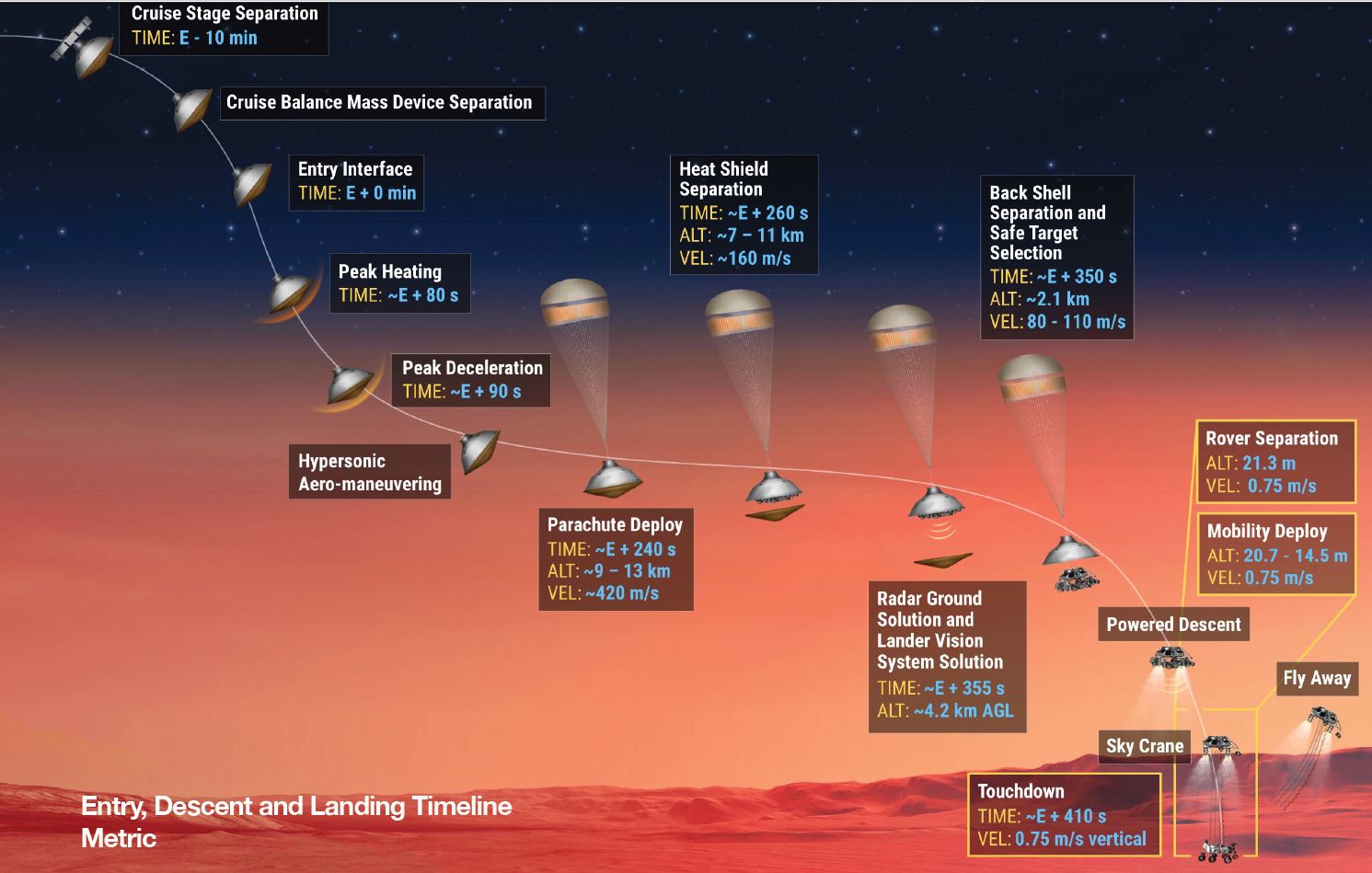 What I am trying to say is that we are ALL different and yet the same. We are ALL independent and yet dependent. We are ALL superhuman and yet human. Venus seems too hot. Mars seems too cold. Earth seems just right to me. Happy St. Patrick's Day!